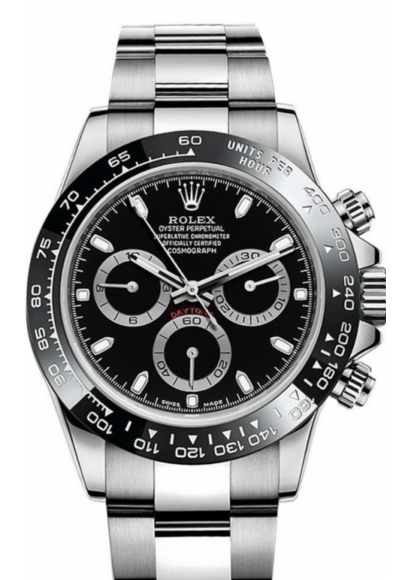 The Oyster Perpetual Cosmograph Daytona embodies a history marked by a passion for speed and motor sport. Created by Rolex in 1963, this model born for racing has established an extraordinary track record in the world of motor sport thanks to its reliability and performance. Known simply as
the “Daytona”, the watch has risen to the rank of an icon as one of the best known chronographs in the world.

Before lending its name to one of Rolex’s most emblematic models, the city of Daytona Beach in Florida – with its famous long, straight beach, and sand packed as hard as cement – forged its own legend as the capital of land speed records from 1903. The name Daytona also epitomizes the historic ties that bind Rolex and automobile racing, whether in endurance or speed.

Cosmograph, the chronograph of the future 1963

In 1963, Rolex launched a new-generation chronograph, the Cosmograph, dedicated to racing drivers. The singular name invented by Rolex immediately marked it out as a very different new model. The chronograph counters stood out clearly on the dial thanks to their strongly contrasting
colour, black on a light-coloured dial or a light colour on a black dial. The tachymetric scale – that allows average speeds over a given distance to be measured using the chronograph seconds hand – was moved from the dial to the bezel.

Dictated by functional considerations, these features made the chronograph far more legible – one of the challenges of the time. They also gave the watch a technical and sporty look, making it instantly recognizable and placed the Cosmograph firmly among the Professional watches, a category created by Rolex 10 years earlier, in 1953, with models such as the Explorer dedicated to explorers and mountaineers, or the Submariner specially
designed for deep-sea diving.

New dials were introduced, expanding the range in the early years. One special version would become famous as the so-called “Paul Newman” dial, since the renowned American film star – who was also a racing driver and an icon of masculine style – regularly wore a Daytona with that particular dial. Its design increased legibility of the chronograph functions under difficult race conditions. It was characterized by the printed seconds track around the dial on a band of the same contrasting colour as the three
counters. The graduations, in certain cases, were inscribed in red. The counters themselves were differentiated by squares on the markers for easier reading of tracked time.

The Cosmograph was part of a long Rolex tradition. The brand launched its first chronographs with counters in 1933, which were often equipped with other functions on the dial such as a tachymetric scale for measuring
speed, a telemetric scale to track distance, or a pulsometer to measure heart rate. The first chronograph equipped with a waterproof Oyster case appeared in From its launch, the Cosmograph also featured the Oyster case invented by Rolex in 1926 – robust and waterproof thanks to the screw-down case back and winding crown – as well as a solid metal bracelet. The
watch had a manually wound mechanical movement reputed for its reliability and precision. No brand had yet been able to overcome the technical hurdle of producing a self-winding chronograph.

This innovative Cerachrom bezel, developed and patented by Rolex, offers a number of advantages. Its hardness makes it virtually scratchproof, it keeps its colour despite the effects of UV rays and it is corrosion-resistant.

In addition to this extreme durability, the numerals on the tachymetric scale are exceptionally legible, thanks to a process developed by Rolex. The graduations are first moulded in the ceramic before it is fired at 1,500° C, then coated with a thin layer of platinum via PVD (Physical Vapour Deposition). The clear definition obtained through this process, together with the contrast of the platinum against the black ceramic, lends peerless legibility to the bezel of the 2016 Daytona. The design of the graduations
has also evolved with numerals and triangular markers around the edge of the bezel. The monobloc Cerachrom bezel is made in a single piece and holds the crystal firmly in place on the middle case, ensuring waterproofness.

This exclusive component first appeared in 2011 on an 18 ct Everose gold Daytona before being fitted in 2013 on the 950 platinum version celebrating the Cosmograph Daytona’s 50th anniversary. 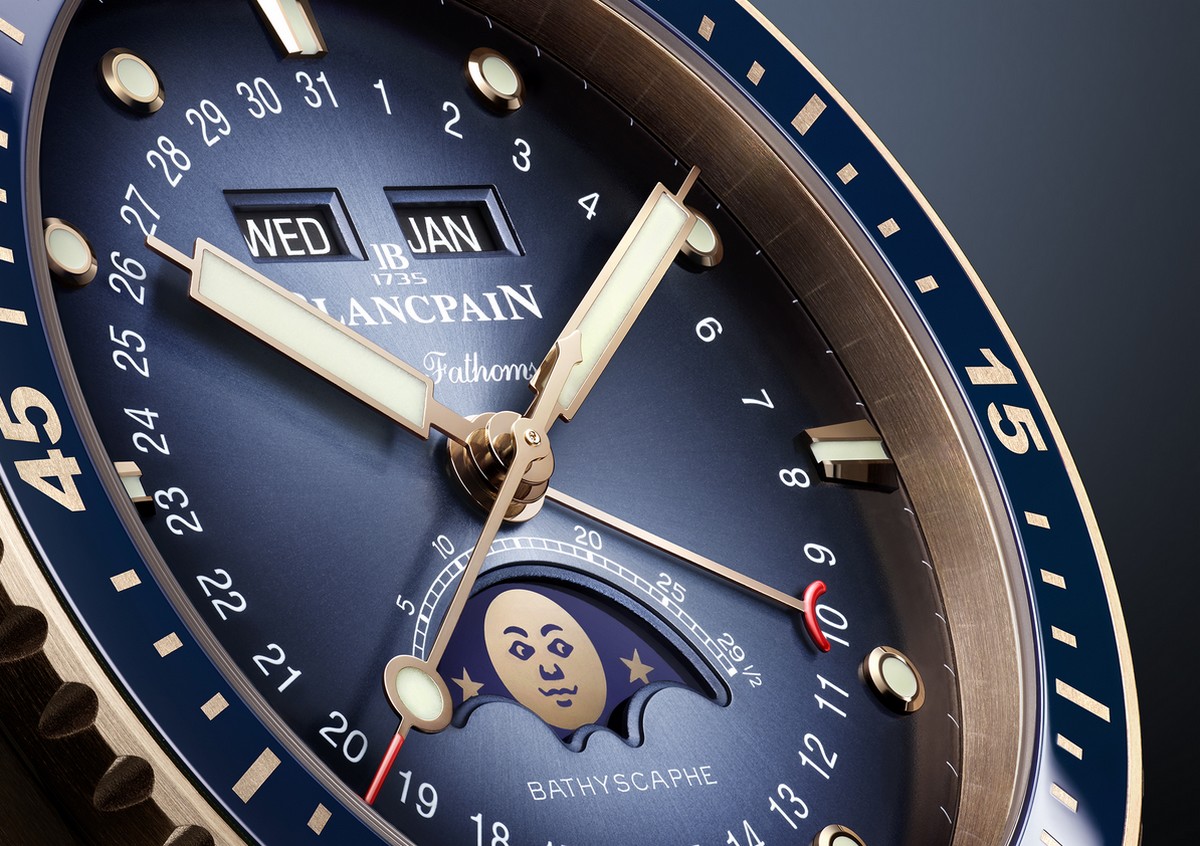 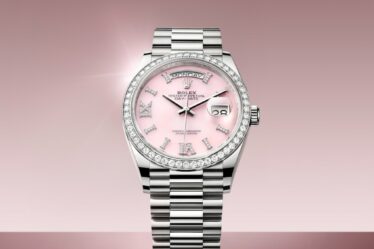 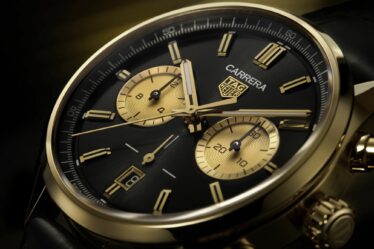